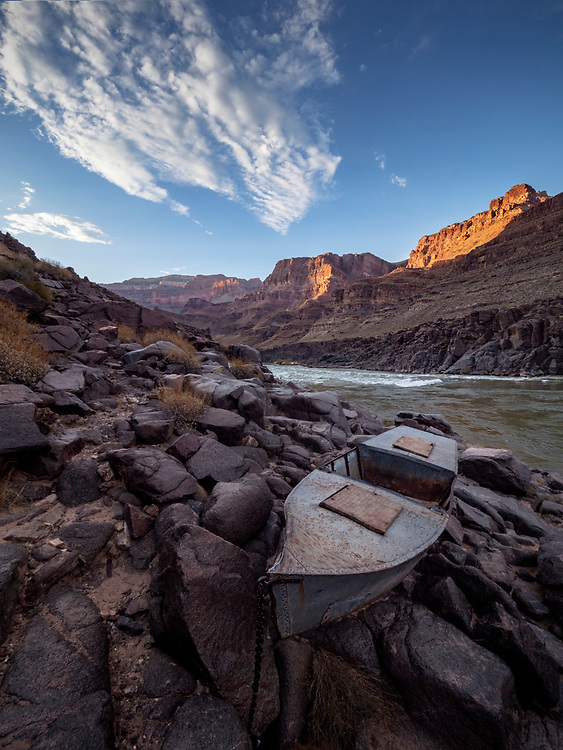 In the early 1900s, Charles S. Russell and river-running legend Bert Loper set out to make a movie about their whitewater adventures on the Colorado River through the Grand Canyon. After the first of their two boats sank in Cataract Canyon, Loper stashed the second boat along the river, hiked out of the canyon, and built a third boat out of galvanized steel. The Ross Wheeler, he called it, named after a local.

Loper and Russell had a falling out. Russell took the Ross Wheeler and started the trip over with a new crew. The second boat sank. Then a fourth did as well. That was enough for Russell to abandon the third boat, the Ross Wheeler, along the South Bass Trail. Over 100 years later, the boat still rests there, chained to the boulders above the high water mark.